Medicine balls have been around since humans have existed. Hippocrates use to stuff animal skins into a ball and slam it against the ground to build strength and power. And almost every civilization has used it to train their soldiers. So you can bet that if the art of slamming medicine balls is still common practice, there are awesome benefits to it.

Which Are The Best Medicine Ball For Slamming 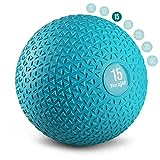 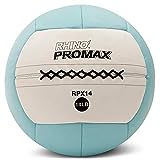 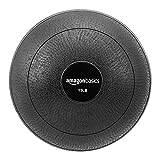 Model
Yes4All Slam Balls
Champion Sports Rhino Promax Slam Balls
Amazon Basics Exercise Slam Ball
Our Take
The Yes4All slam ball comes in options of 10, 15, 20, 25, 30, and 40 pounds - perfect for workout flexibility. It’s made from Polyester so you can bet that this isn’t going to burst upon impact like most other balls would.
A softshell ball that is perfect to toss against the wall or at your friends! The Champions Sports Rhino is really a great choice. It has well over 1000 positive reviews on Amazon. Wall balls are lighter and this one starts at 4 pounds and goes to 10, 12, 14, and eventually maxes out at 20 pounds. Various colors and sizes/weights add to its versatility.
If you’re just looking for something to throw as hard as you can without breaking or tearing, the Amazon Basics slam ball is as tough as it comes!
Rating
5/5
4.9/5
4.7/5
Learn More
Click Here to Check Prices
Click Here to Check Prices
Click Here to Check Prices

Model
Yes4All Slam Balls
Our Take
The Yes4All slam ball comes in options of 10, 15, 20, 25, 30, and 40 pounds - perfect for workout flexibility. It’s made from Polyester so you can bet that this isn’t going to burst upon impact like most other balls would.
Rating
5/5
Learn More
Click Here to Check Prices

Model
Champion Sports Rhino Promax Slam Balls
Our Take
A softshell ball that is perfect to toss against the wall or at your friends! The Champions Sports Rhino is really a great choice. It has well over 1000 positive reviews on Amazon. Wall balls are lighter and this one starts at 4 pounds and goes to 10, 12, 14, and eventually maxes out at 20 pounds. Various colors and sizes/weights add to its versatility.
Rating
4.9/5
Learn More
Click Here to Check Prices

Model
Amazon Basics Exercise Slam Ball
Our Take
If you’re just looking for something to throw as hard as you can without breaking or tearing, the Amazon Basics slam ball is as tough as it comes!
Rating
4.7/5
Learn More
Click Here to Check Prices

Why Should I Bother Using Medicine Balls?

Medicine balls also known as med balls, are those big, heavy balls you see laying every in your gym. People use it for throwing, slamming, and even high-rep deadlifts. But why should you start incorporating them into your routine? There are several benefits that medicine balls offer, and some include;

Slamming a medicine ball is hard to mess up since all you’re doing is lifting it above your head and slamming it to the ground. But it teaches us an important skill that most exercises don’t. The ability to transfer energy from your core and into the ball by slamming it against the ground.

Most people don’t emphasize core training and that’s a shame since you’re only as strong as your core.

But if you’re doing several sets of medicine ball slams per week, your core will quickly catch up to the rest of your body.

They Increase Explosiveness And Power

This is an awesome benefit for athletes since when you’re playing sports, you’re constantly moving your body as fast as you can.

Most athletes mainly focus on strength movements like squats, deadlifts, and bench press. Maybe they’ll add a few power cleans at the end of their workouts to build explosive power, but that’s it. Now there’s nothing wrong with emphasizing the big 3 lifts since they are awesome, but it neglects speed, which is everything in sports.

But by doing medicine ball slams, you’re training your muscles and nervous systems to not only move the weight but to move it as fast as possible.

It’s Great For Warm-Ups Or As A Finisher

Warming up is important since nobody wants to injure themselves, especially if you’re an athlete. Most people head to the treadmill or elliptical to warm up, but this is boring. Why run on a treadmill for 20 minutes when you can slam balls against the floor and look like a Viking.

It’s fun and it looks awesome.

But let’s say you’re warming up for a 1 rep max by doing bodyweight and low-rep squats. Well, you can always use it to get in a few extra sets at the end of your workout and finish off your muscles.

It Works The Whole Body

Speaking about muscles, slamming medicine balls works every muscle in your body. Everything from your biceps, triceps, core, glutes, and hamstrings. In a way, it’s similar to a deadlift due to the sheer amount of muscles targeted.

It’s also great for people with muscle imbalances since the primary moves are your core, glutes, hamstrings, and calves. These are also muscles that people neglect the most.

Now that you know why we should be doing medicine ball slams regularly, let’s cover the types of medicine balls and which is best for slamming.

Medicine balls come in different shapes and materials. But the three most common are;

So what’s the difference between these three medicine balls? Let’s find out.

This medicine ball looks and feels like a basketball and is by far the most common one used in gyms. Also, when you bounce it, it bounces similar to a basketball.

These types of medicine balls are a great substitute for weight since they’re the heaviest of the three balls and have even gone up to over 100 pounds. These are great substitutes if your gym doesn’t have Atlas stones used for strongman competitions.

This medicine ball is also great for doing exercises on an unstable surface. For example push-ups with one hand on the floor and another on the medicine ball. This forces you to stabilize yourself and strengthens your stabilizing muscles, which can be weak if you use a lot of machines.

Lastly, it’s the perfect ball for throwing long distances which can help in sports like shotput and javelin.

However, I don’t recommend using them to slam against the floor, or even wall since they tend to break quicker than the other two. They also bounce a lot and this is dangerous since you don’t want a medicine ball to bounce back in your face.

As the name suggests, the wall ball is commonly used to throw against walls. It’s bigger, softer, and lighter than the basketball-like medicine ball which makes it great for slamming.

It also rarely breaks because of its foamy padding.

While you can use the wall ball for slamming into the ground, it’s mainly used for slamming against the wall as it improves your throwing power. Which is great for sports like baseball, cricket, and football.

Sometimes if you’re throwing a medicine or dead ball around, things can get ugly because it’s small and heavy. But this ball is great for tossing at your partner when doing sit-ups or any other exercise since it’s soft and easy to catch.

When throwing a wall ball, don’t focus on the weight since these balls max out at around 20 pounds. Rather, focus on throwing it as fast as possible.

The dead ball is perfect for slamming on the floor. A dead ball is small, hard, and made with iron sand so it’s durable and doesn’t bounce back in your face.

If you’re looking for a ball to slam a hole into the floor of your gym, this ball is for you.

Typically, it’s the smallest out of the three balls but it still maintains a surface that’s easy to grip so if your hands get sweaty during your workout, you’ll still be able to grip this ball properly and not have it fall on your head.

Now that we’ve covered the three main types of medicine balls, let’s see which are the most reliable.

Tossing medicine balls around is an ancient exercise that most people today ignore. They are an awesome cardio workout and work every muscle in your body. And whatever your fitness goals are, simply throwing around a few medicine balls can help you get there.

After coming to America, Rico began his fitness journey through sports and cycling with his father, which led down a path to becoming a successful personal trainer. To date, he’s helped hundreds of people completely transform their bodies and become the beasts that they always wanted to be.

Download our FREE pdf guide and learn about different variation of pull-ups.